The Shooting of Oscar Grant 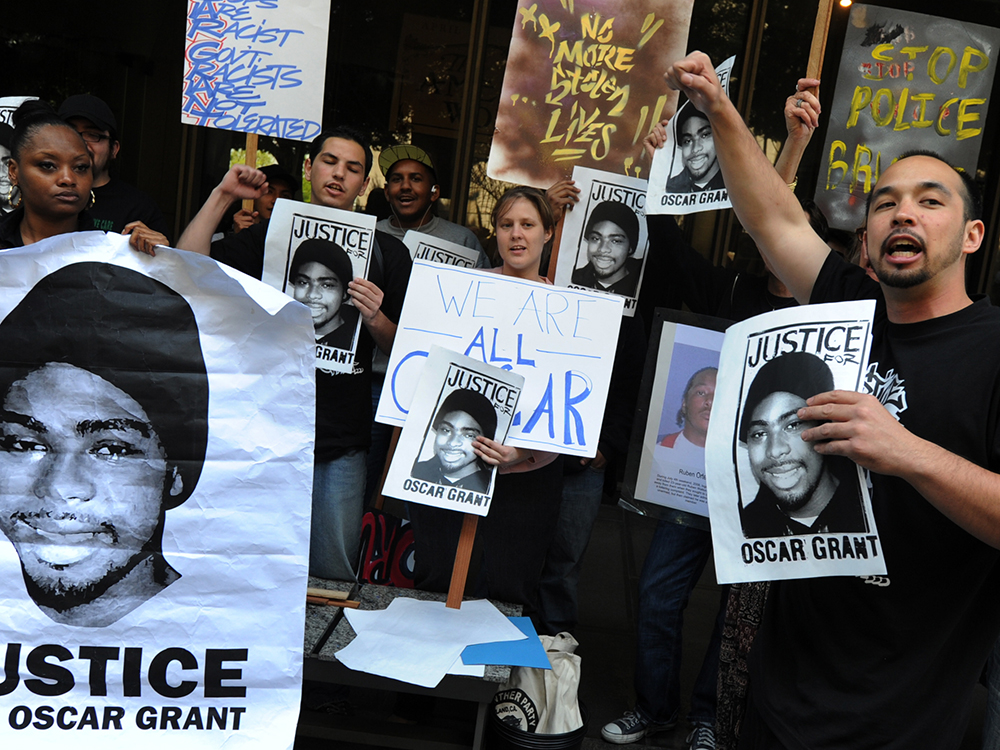 In the early morning hours of New Year’s Day 2009, Oscar Juliuss Grant III was fatally shot by former BART Police Officer Johannes Mehserle. BART officers had responded to a call about a fight on the Fruitvale station platform in Oakland around 2am. Oscar, who according to reports was not among those fighting, was detained with several others. Bystanders captured videos of the incident. Already restrained and unarmed, Oscar was fatally shot in the back by Officer Johannes Mehserle.

Mehserle claims he intended to draw his Taser, but he instead drew his 9mm pistol when he shot Oscar in the back. Oscar was pronounced dead the next morning at Highland Hospital in Oakland.

The footage of the shooting was quickly disseminated to media outlets and circulated throughout the web, where millions of people viewed it. The impact of Oscar’s death ripped through the country, and it inspired both peaceful and violent protests.

On January 30, 2010, Alameda County prosecutors charged Mehserle with murder. Mehserle soon resigned his position and pleaded not guilty. After a change of venue, the criminal trial began in June of that year in the Los Angeles County Superior Court.

On July 8, 2010, the jury returned its verdict: Mehserle was found guilty of involuntary manslaughter. But he was acquitted of both second-degree murder and voluntary manslaughter. The initial protests against the ruling were peacefully organized. However, looting, arson, property damage and small riots broke out after dark. Nearly 80 people were eventually arrested.

On November 5, 2010, Mehserle was sentenced to two years in state prison. He was given double credit for the 146 days he had already served before the trial, which reduced his sentence by 292 days. Mehserle served his time in the Los Angeles County Jail, occupying a private cell away from other prisoners, and he was released in 2011.